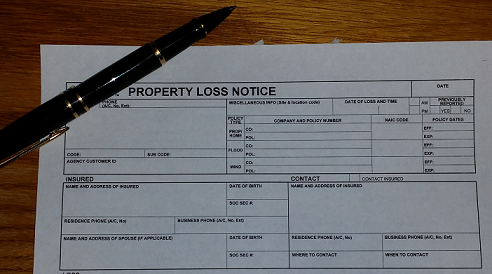 Claims-made versus Occurrence insurance policies are the two types of insurance coverage that you're likely to see. The two types may not seem that far different than each other, but in the real world, the differences can mean the difference between having coverage and being left out in the cold.

Occurrence Insurance coverage provides better protection for the business or individual purchasing the policy. It covers any covered peril that occurs during the policy period, regardless of when a claim is filed. An occurrence policy will respond to claims that come in – even after the policy has been canceled – so long as the incident occurred during the period in which coverage was in force.  When you have occurrence coverage, anything that happens during that period of time is covered, even if your policy is no longer in force.

CLAIMS-MADE COVERAGE is much more limiting. The incident and the claim must be made during the policy period. Many "cheap" policies use this type of language. Low cost internet commercial liability policies are almost always "claims made insurance policies". That means you may want to continue with a policy even though you bought a better plan because you don't want to risk being sued and without coverage because your prior policy was a claims-made policy.

So if you're considering the two types, think about this for a moment. The lower cost policy will almost always have to be bought and renewed beyond the time you want it because otherwise you risk a "legal lapse" waiting for the statue of limitations to end during the policy period in question. The other consideration with Claims Made Insurance Coverage is the non-reset feature of limits each year.

Most polices that are Claims-made limits DO NOT “restore” each year in the same way Occurrence Coverage limits do. The policy limits in place when the policy is purchased remain the single and only set of limits available to protect you from all claims that could arise from care provided during ALL the years the policy is continuously in force. The insured does not have a separate set of limits for each year the policy is in force. That means, in theory, if the statue of limitations is two years, and you have some occurrence at the start of the policy, then some more near the renewal, and then again near the end of the second policy term, you could run over your limit and not even know it until after it's too late.

Obviously, the main concern for business owners come from changing companies when the previous policy was claims-made. If you're considering a change in policy, and you believe there's a possibility you could have an action brought against your firm, you will want take a close look at the policy and create a risk mitigation plan with your agent.

Insurance and terms are complex, so feel free to reach out to 1 Reason Insurance if you have questions about your policy, or the effects of changing policies. It doesn't have to be a policy from us, we're happy to review any policy for you, regardless if your a customer or not.