I was recently asked about buying workers' compensation from one state because the premium is cheaper, while most of the work is performed in another state. It's an interesting question because there's so many moving parts.

The first thing to note is the contractor was concerned and focused on workers' comp ghost insurance polices, and not a policy that is intended to provide actual coverage for employees. Another name for a ghost policy is an "if any" workers' comp policy. Typically, it's a situation where a subcontractor that's performing the actual work for a general contractor will be contractually required to buy a workers' compensation insurance policy, albeit doesn't have employees and doesn't even want to cover themselves under it.

Hence, the name "ghost policy" because "only ghosts are covered", and no actual workers or employees are covered. At least that's the plan at the start. Workers' comp ghost policies can quickly change into a "real" workers' comp policy simply buy the subcontractor hiring someone.

For clarity, what I mean by "real" is that one or more employees are actually covered by the policy, as both types, ghosts/if anys and any other typical standard workers' comp policy is always "real" in my experience and states I work in.

Back to the question raised…. It goes along these highly specific lines "If the person works in multiple states, and none of the states require the person to have workers' compensation, and the general contractor that's requesting the certificates of insurance is "ok" with any certificate (that's genuine of course), can the subcontractor buy a policy in one state compared to another to save money?"

Every situation is different, albeit in the fact pattern described above, my answer is yes, I believe it's completely fine to rate shop between states. Not only do I think it's fine, I don't see any reason not to, except for one very key important point. It's absolutely essential that the general contractor is on board with it, because most or all of the states workers' compensation pool policies won't cover work performed outside the state. 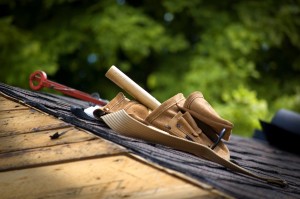 As a sub-contractor one may have the initial opinion of "who cares, that's their problem," however, you're likely not correct in that viewpoint because again, if you're contractually required to have workers' compensation, and you don't, you could be required to compensate the general contractor. In other words, make darn sure you explain to the general contractor what you're doing, and get their blessing first.

As long as they're on board, the state doesn't care because you're not required to get a policy anyway, and assuming no sub-contractors or employees are hired by the original sub-contractor, the workers' comp policy is only a ghost policy that won't pay out anything.

WHAT YOU NEED TO KNOW IF HIRING A SUBCONTRACTOR

Another spin on the same question is in regards to actually having a viable policy with coverage is this. If you're working in several states, and you purchase a state pool workers' comp insurance policy because you're contractually required to by your contractor, AND that policy only covers you in your primary state, once you cross a state line, you don't have coverage anymore, and it would appear you're in breach of the contract.

In other words, I could see a situation where someone is required to purchase multiple ghost polices because they're only eligible to purchase state pool, or what's also know as "Workers' Compensation Assigned Risk Plans" aka "The pool." And, upon further thought, that's precisely what I would recommend to anyone that is contractually required to have workers' comp and performs work in more than one state. Either they should buy a single insurance policy that covers work wherever they're working, or should buy multiple policies to remain in compliance with their contract agreements.

Going back full circle, for the states I operate in, to the best of my knowledge, it's perfectly legal from a regulatory point of view to buy a workers' compensation policy in a state that work is being performed in.

Can the work be planned and not something that has already been performed?  Sure, as long as the sub-contractor reasonably believes they will perform work in any given state (again, within my states I'm speaking of), not only can they buy a workers' comp ghost policy in that state, I would argue the most appropriate time is before actual work is performed to remain in compliance with the contract requiring it.

If you have more questions about the insurance requirements of a contract or want to know how to protect your business from loss, feel free to give me a call or email.